Why am I always bloated?

What is stomach bloating?

Bloating is when your belly feels swollen after eating. It is usually often caused by excess gas production or disturbances in the movement of the muscles of the digestive system. You may wonder why you are always bloated despite eating healthy. While we list some potential solutions to bloating below, if your stomach bloating is severe and persistent, then it’s best to see a doctor as severe bloating can be a sign of inflammatory bowel disease.

What are the common reasons for Bloating?

Many people are sensitive to some foods and unfortunately they are probably the most enjoyable. The most common food allergies are associated with dairy, soy, eggs, gluten, nuts, corn, citrus fruit, yeast and vegetables dark in colour. When we are aware of what foods are irritating to your system it is simple to stay clear of these ingredients.

You may have heard that people have a tendency to have high stomach acid. Although this can be true for some, a majority of the population actually has low stomach acid. Contrary to the popular misconception, high stomach acid is necessary to break down meals effectively as well as to aid in absorbing vital vitamins and minerals. When food is not digested properly, it becomes fermented rather than digested once it reaches into the intestines. This is due to the improper closing of the vale separating the esophagus and stomach, in combination with the heightened pressure in the digestive tract. This gas created is responsible for the bloating effect.

It is not a secret that the purpose of digestive enzymes is to break down foods into smaller pieces to aid in the absorption process. What some people may be unaware of is that our bodies naturally produce these enzymes. However, if enzyme production is below the adequate level, proper digestion in unable to occur resulting in fermentation. Again, this fermentation will lead to unwanted gas and bloating.

The word infection is often associated with flu like symptoms, however in this case it is much different than that. Gastrointestinal infections are often chronic yet go undiagnosed as many people are unaware of the associated symptoms. These infections are caused by a variety of factors including low levels of good gut bacteria, overgrowth of bad bacteria and ingesting foreign invaders referred to as parasites. Parasites can be found both in the outside environment and numerous foods comprising the North American diet. Once ingested, parasites latch onto the upper walls of the small intestine resulting in chronic bloating of the abdominal region.

Foods that can cause bloat

Eating too much Fibre

Just because fiber has benefits doesn’t mean we should eat as much of it as we can. Too much fiberin the diet can cause bloating, gas and constipation. These uncomfortable side effects of excessive fiber can occur when someone eats more than 70 grams(g) of fiber a day. This is not uncommon, and it may be more likely in a person following a vegan, whole food, or raw diet.  (Recommended amount of fibre: Female: 25 gram/day Men: 38 gram/day)

They include cauliflower, cabbage, brussel sprouts. They contain many essential nutrients but they also contain FODMAPs  which can cause bloating in some people. Avoid eating them raw, steam them and eat them in moderation.

Fat is an essential part of any healthful diet and is an important source of energy. The body digests fats slowly because they take longer than most other foods to pass through the digestive tract, and can delay emptying of the stomach. In some people, this can cause bloating to occur.

Carbonated drinks contain carbon dioxide, a gas that can build up in the gastrointestinal tract and cause bloating. This can also occur with diet versions of fizzy drinks.

Chewing gum causes a person to swallow more air. This air can build up in the gastrointestinal tract and cause bloating in some people.

Performing a colon cleanse will help improve overall colon health, as well as provide gas relief. Colon hydrotherapy can help to treat gas and bloating in a few ways: It is the safest and most effective method to remove bowel obstructions, so that the colon may pass blocked fecal matter and release trapped gas. Colon hydrotherapy is an all-natural way to do this, one which does not require the use of invasive procedures or chemical laxatives, both of which often irritate the gut further.

There are more benefits than just this immediate relief of obstruction, however; even if one is not suffering from constipation, Colon Hydrotherapy can be a key method of rebalancing the gut flora that lead to gas production. Colon hydrotherapy is an inherently detoxifying process, one which removes built-up toxins, excess mucus, and the harmful pathogenic flora that causes excess gas. By supplementing with probiotics following a colonic, one can re-balance gut flora and possibly prevent the return of painful gas and bloating. Regular colon hydrotherapy treatments are also thought to tone the colon as they stimulate the muscle and nerve activity of the lower digestive system, which subsequently leads to the colon more effectively eliminating waste (meaning that trapped food will no longer be present to foster the growth of harmful gas-causing bacteria)

Come visit us at our new location and save 50%! 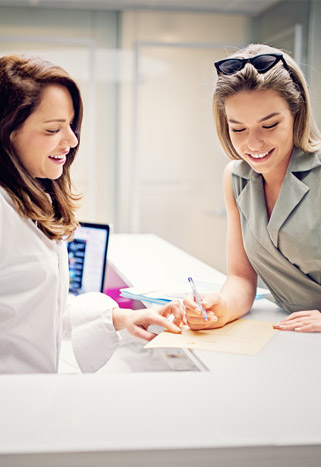